There’s an upside to having your images stolen

Have you ever had your images stolen, used without your permission? Would you even know if they had?

Up until the arrival of Google's 'reverse search', I had no idea. When I tried it for the first time, I was shocked, but I have since discovered an upside to having my images stolen.

For the purposes of this article, I have completed another search. I found 300 examples of my Tulip Leaves image being used without permission. Nice to know it connects with people but that's beside the point. If they love it so much, then pay for a licence.

A small section of the search results

In 2011 Google introduced 'Reverse Search' and I'm sure, by now, most people will be aware of it but for those who are not, it works like this.

Before you begin, prepare the image you want to reverse search as you will have to upload it shortly.

Using your favourite browser search 'Google'. Once the page had loaded you'll see 'images' in the top right-hand corner, click on it. This will take you to Google Images page.

Click on the camera icon and a dialogue box will appear. Follow the instructions and Google will search for all images resembling the one you have uploaded.

I'll break down my search. Of the 300 results, 214 were being used on Pinterest to express a mood or as a reference. Nothing much I can or want to do about that as I believe this is where the upside starts. It's through the exposure on various 'boards' that the image has come to the notice of designers and is being sought after.

The majority of designers do the right thing. I have had a Russian Telecom company, a firm of British Lawyers and a Health Spa in Florida request the use of the image, all of which have happily paid a licence fee.

Now back to the search results and those who don't do the right thing.

Of the 80 or so remaining the majority include the photo in articles, again, as a reference for a mood or style, but now within websites. I let most of these go but it does depend on the individual circumstance. Many are more than 3 years old and when I refresh the page the article and photo are now buried deep in the website's archive and far from being current and immediately visible.

There are a handful that are recent, where the image appears on the homepage. To these, I send a polite but firm email notifying them that they are using the image illegally and infringing copyright by doing so.

I indicate that they are welcome to licence the image, but if they would prefer not then I insist they remove it from their site immediately.

In most circumstances, I will receive a reply with apologies and explanations that they didn't know it wasn't allowed or that it was their website designer who found and used the image and that it will be removed post haste.

The final few land in my target category.

With this group, the image is used prominently within a website promoting a product. To these companies, I send the same email and so far have a 50/50 split between removing the image and coming to an agreement on a licence.

I've made more money from this image than any other, all thanks I believe to the exposure received from people screen-shooting it and throwing it up on their Pinterest boards.

Not bad for a 35mm B&W image from the mid-'90's shot with the use of a single desktop lamp in Toronto, Canada where I was living at the time.

Sure it takes a little time to go through the results and send off the emails but I only ever do it a couple of times a year when I have some spare time.

There is great satisfaction gained from the procedure of calling people to account for their actions. They learn pretty quickly that it's not ok to use someone's image without permission and hopefully, are less likely to do it again.

Not to mention the greater satisfaction gained from contracting a new licensee and some money changing hands.

Additional options are to subscribe to an anti-theft website similar to https://www.pixsy.com/ They can track images and take on the legal aspects of either having the image taken down or negotiating licences.

There are a range of subscriptions available as well as a free option, though this is only to see where your images have been used. As I prefer to go the personal route I make use of the free service only.

An article written by Kerilynn Engel in October 2020 that has some interesting information on the subject is https://www.whoishostingthis.com/blog/2016/01/27/images-stolen/ 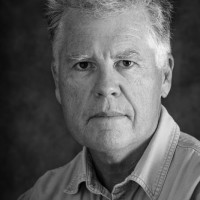